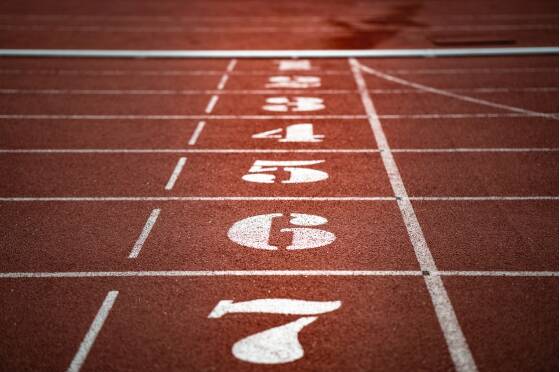 In the winter evenings, I enjoy doing a jigsaw. I started a beautiful thousand piece Christmas one, and had good intentions to complete it, but here I am again, getting ready to dismantle what I have done, and box it up, and take it to a charity shop! Starting was the easy part – the challenge was finishing it. I quit. It was too difficult, and I got bored!

It’s not the first thing I have started and not finished – countless books on my shelf have experienced the same abandon by me!

I guess we need stickability in this journey of life in order to not quit along the way. It may be something more significant than a jigsaw – we might feel like walking away from a relationship, a job, a role, a group we belong to, or something we are committed to.

In our journey of faith there may be times we feel like giving up. What are some of the things that would cause us to quit or retreat?

Fear. At the start of Jeremiah’s life, in Chapter 1:8 of the book, God told him not to be afraid of people’s faces, but years later, he faced a time where he became afraid. We read about this in chapter 20. He said ‘I will not speak of Your name anymore.’ He was ready to quit. He faced persecution – others were giving him a hard time and it may have been simpler, easier and safer to retreat….in fear. However, he had a passion burning inside of him that fear could not extinguish.

Failure or our ‘perceived’ failure. In Luke 15 we read about a son who left home and wanted to make his own way in the world. It went badly wrong for him, and he felt a failure. He says ‘I will arise and return to my father’. He was aware of his failure, and the way he had walked away from home. Feeling a failure may have tried to nudge him to quit and never return back home, but the lure of home rescued him from himself. The Fathers arms were wide open.

Fatigue. In 1 Kings 18 Elijah was on Mount Carmel and he called down the fire on the 450 prophets of Baal. Shortly after this event, Elijah hits a crisis point – fatigue had gripped him and he ‘Prayed that he might die.’ He was ready to quit, with a capital ‘Q.’ Thankfully God didn’t answer that particular prayer in the way Elijah asked. He refreshed him. He didn’t need to quit – only to sleep!

Our great consolation is that even Jesus wrestled with the possibility of not continuing to the end and in Luke 22 it says that He prayed to God ‘If it is possible take this cup from me.’ He wrestled at that point, and yet on the cross, having endured, he declared ‘It is finished.’ The mission of God was accomplished.

Please God help us to keep on going, even when it’s tough.