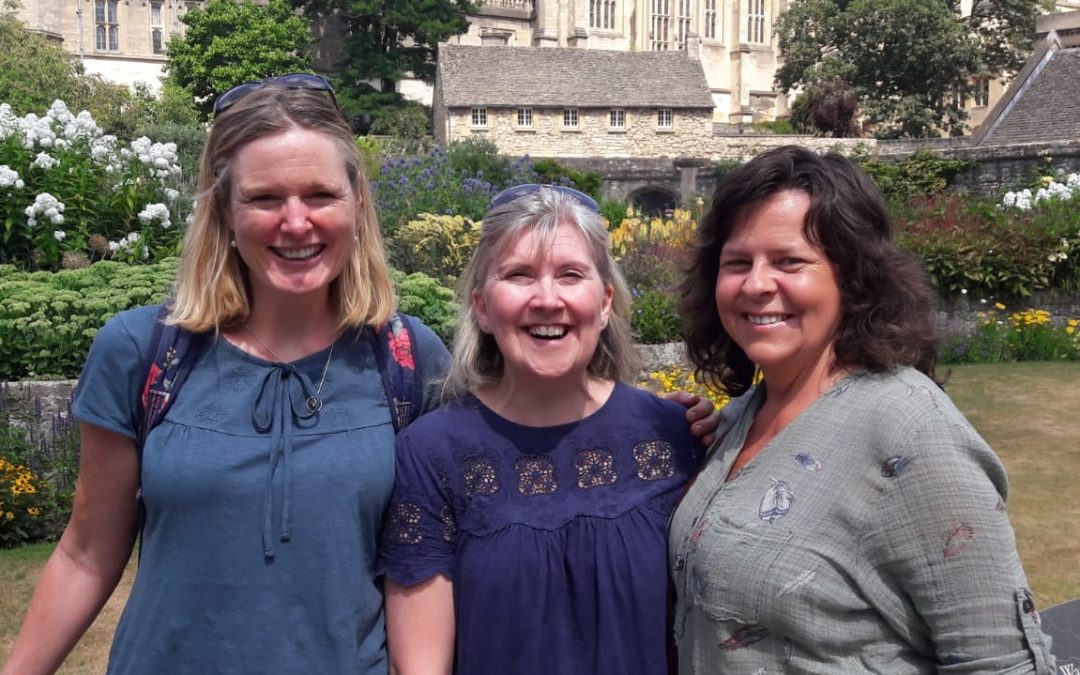 I am still so thankful for the day we met. My husband and I had recently moved to a village in Cornwall only a few months after Sarah and Glen and their young family had arrived there. My husband met Glen at a Memorial Day service and as two fellow pastors, they hit it off and agreed their wives should meet. A few days later I invited Sarah to come round for an evening coffee, I still remember serving a bowl of nuts only to find out many months later she is allergic to nuts! In her usual self deprecating way, she never mentioned this at the time. We hit it off immediately and both saw each other as an answer to our prayers for a friend. Very soon she joined the ranks of my besties and has remained there ever since, despite moving to the other end of the country.

The two years we were in the same village were precious times of frequent connection, the pathway between our houses became well-trodden and the local deli and coffee shop were frequented often. I constantly tried to drag her out on cliff walks, but more often she persuaded me to come in for a Starbucks coffee or a foot pampering session by her youngest daughter!

She is truly one of the most inspiring people I know. She lives her busy life at a faster pace than the majority of able-bodied women and has achieved far more than most! She has managed to raise four gorgeous kids, be an incredible church leader and hospital chaplain, start-up many brilliant initiatives including a community charity shop and a hospital choir, and play the piano beautifully, all with only one hand. The lady truly is a superwoman!!

The amazing thing is most of the time one completely forgets her disability as she effortlessly cooks meals, drives cars, and serves her community and friends. I have never heard her moan about her struggles and the only thing I know she struggles with is doing up necklaces and turn a pepper grinder.

Overcoming adversity so graciously has inevitably influenced the role model she has become to me and so many.