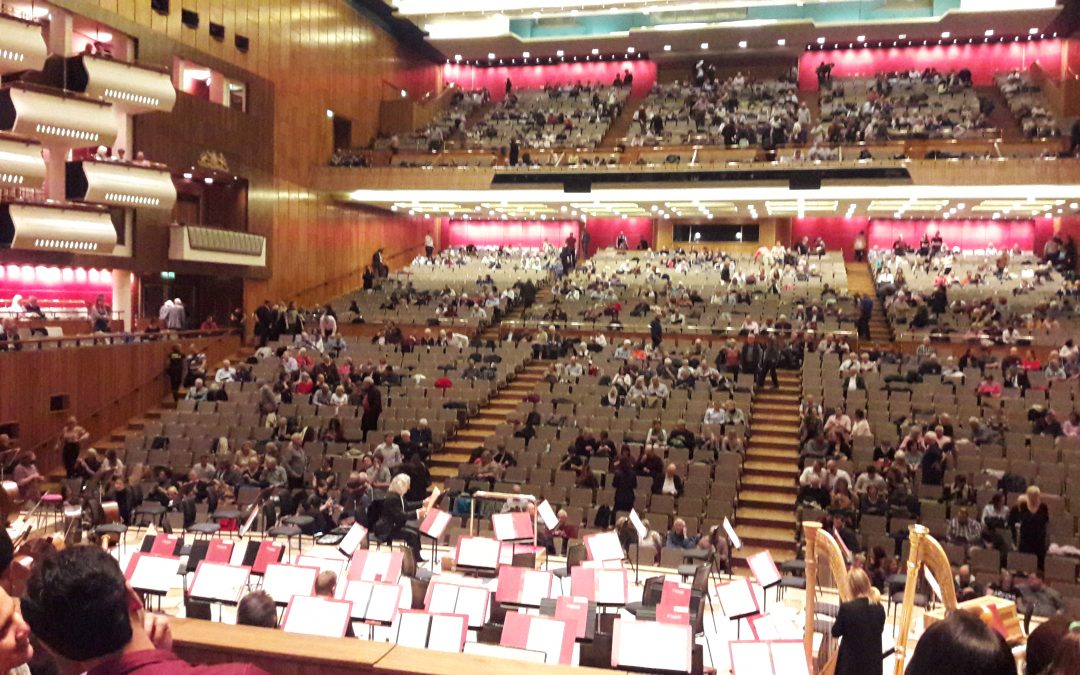 Back in 2016, I had bought tickets for my daughter and her friend to see Justin Bieber in concert in the O2 arena in London. After our journey, and arriving at our accommodation, we had a lovely day out in the city and later on we made our way the door of the venue, and I arranged to meet them in that same spot approximately five hours later.

That meant I had several hours in London on my own. A very last minute plan took shape as I discovered a classical concert on that evening at 7.30pm in the Royal Festival Hall, in the Southbank Centre, and yes, there were some spare tickets. I grabbed the train on the Jubilee line, getting off at Waterloo and hey presto I arrived at the concert hall. The lady in the box office explained that the remaining seats were a very good price, but they were in the choir stalls. This is situated directly behind the orchestra, meaning you look out at the audience, and are literally a few metres away from the orchestra and you get a great view, and incredible sound. I bought my ticket and made my way to my seat. I’m not quite so keen on going to concerts on my own, but I’m so glad I did as I had an unforgettable experience. This is what I learned:

I learned a lot that evening about God our heavenly Father and His love for us: