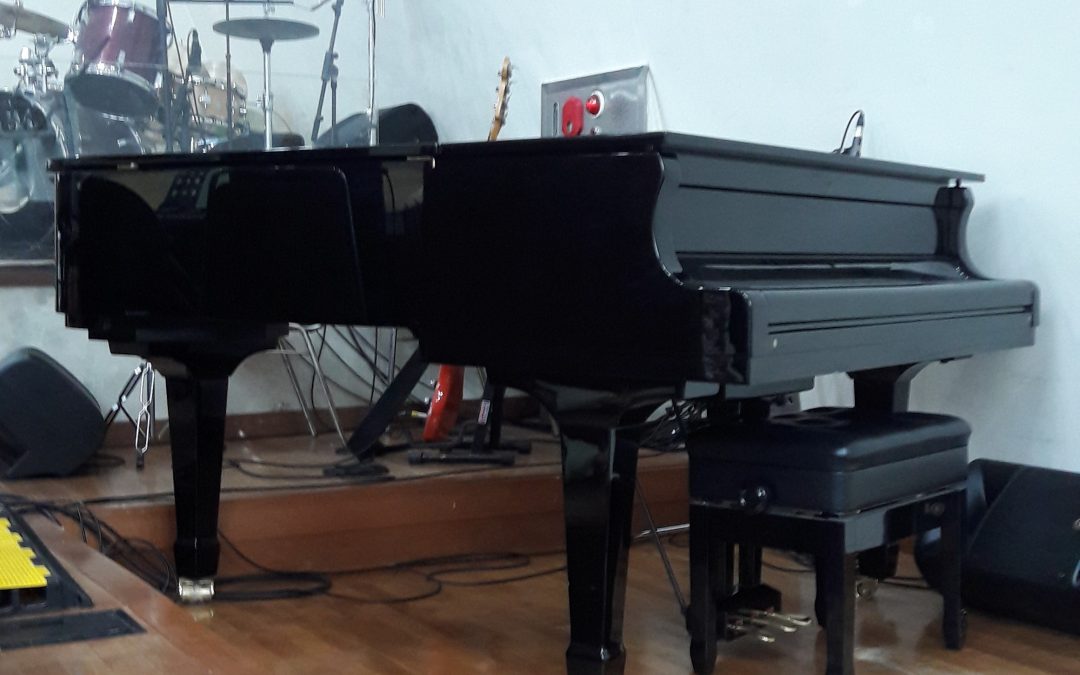 To you, it may look like an ordinary grand piano, but for me, it symbolises something really significant.

It’s situated in a church in South Korea, and we visited there in 2017 as part of a delegation of 15 Leaders from the UK who were invited to celebrate the arrival of the gospel in Korea by a Welsh Missionary back in the late 1800s.

Our party were asked to contribute a song to one of the evening celebrations and I had been asked to play. It wasn’t the greatest choir I have ever put together I must admit, but we did our best.

The piano was on the stage with the left side facing the crowd. After 40 years of playing the piano in so many places, it still caused me a shudder of nervousness as I knew my ‘stump’ and unusual way of playing was exposed for all to see, especially on the large scale screen as it was filmed.

We sang, did our part, and sat down to enjoy the rest of the evening service. I was slightly embarrassed by the singing but resigned that we had done our best with what we had and that it was all alright in the grand scheme of things.

At the end, several people came up to me to talk and to comment about my playing in particular.

A Russian pastor came over and asked if he could speak with me. He said that in Russia, children with disabilities like mine are locked away. No-one wants to see them, or expose them to other people’s ridicule and stares, so they keep them out of sight.

He said that I was an inspiration and that he wishes others could see how I play, and how their children could have a hope and a future too. He told me he had a son back home with some additional learning needs, and that he would be going home to encourage him and to love him more and help him find his best future.

It was worth the slightly embarrassing singing, the nervousness, and the personal humiliation to have had this profound conversation.

I’m glad I wasn’t locked away, tucked away, removed from sight, and kept enclosed. I’m so grateful for parents who did quite the contrary even when it was hard for them, and I’m grateful to God that He sees me, knows me, loves me, and has always had a plan for my purposeful life.