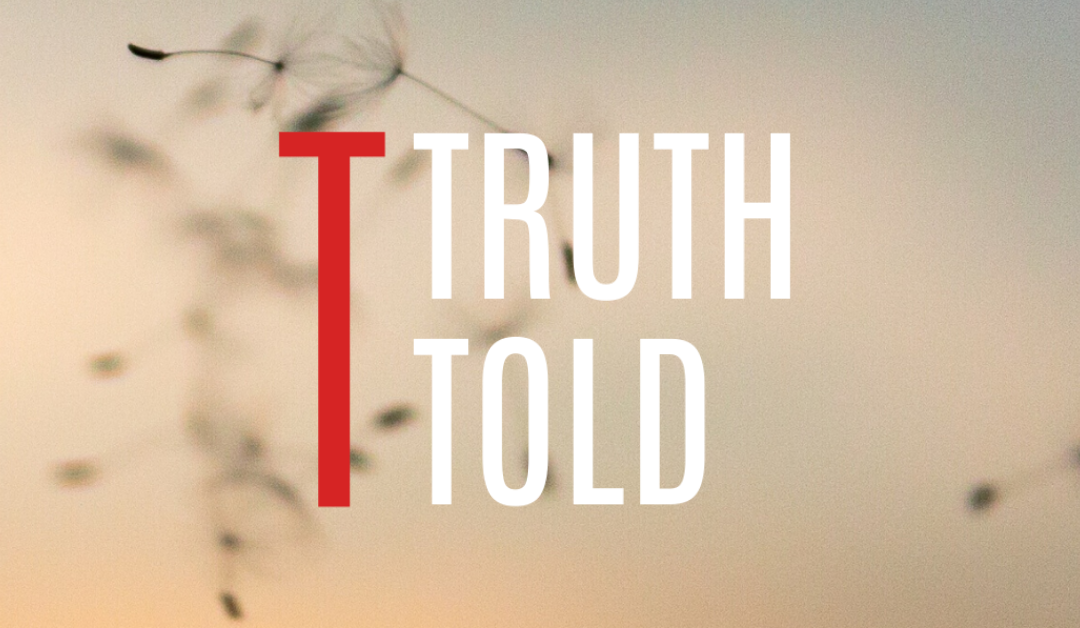 Let the truth be told!  In a time of fake news and social media gossip and speculation galore, how refreshing it is to fully embrace ‘truth’, and let that shape us and work in our hearts, setting us free. Truth isn’t just the opposite of a lie; it intrinsically has power to transform us from the inside out.

I remember one time when our children were very young, miraculously, crayon writing appeared on our lounge wall. We tried to uncover the truth about how that had happened. Everyone denied it, there was one child it was unlikely to be, which reduced it to 3 suspects, but even to this day we still don’t fully know who it was. We are still in the dark!

But truth will always bring us into the light, and keep us in the light. We need to know and believe the truth:

That God is who He says He is;

God does what He says He will do;

I can do what God says I can do.

It’s easy for lies to take root in our hearts and we start believing they are the truth.

Today more than ever before, we need truth: The kind of truth that shapes our lives. That truth comes from Jesus, who John’s gospel says is ‘full of grace and truth’ (John 1:14).

Later on in that gospel in chapter 18:38, Jesus explained things a little bit more. He said, “You say that I am a king. In fact, the reason I was born and came into the world is to testify to the truth. Everyone on the side of truth listens to me.” “What is truth?” retorted Pilate.

That question is still widely asked today. The truth isn’t just the powerful words of hope and life that we say, the Truth is also a person who we know. John 14 Jesus clearly says ‘I am the way, the TRUTH and the life.’

Wow that’s good news in a world of doubt and lies and fake news… and the Truth has the power to set us free and keep us free.